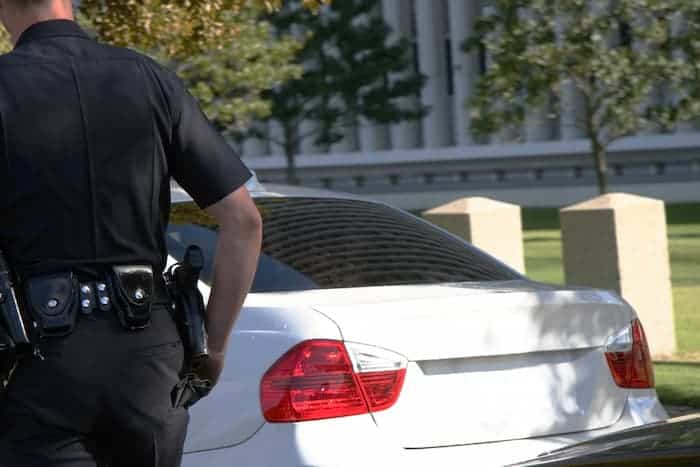 Why do cops touch tail lights?

When a police officer conducts a routine check on your car like rubbing your tail light, it can make you feel incredibly uncomfortable. You may be wondering whether your car has been damaged if you didn’t clean your car taillights enough, or whether the officer is suspicious of you because he believes you have committed a serious offense. The good news is that tampering with your tail light has very little to do with why you were being pulled over.

Touching car tail lights dates back from decades ago

There was a time when dashboard cameras and body cameras did not exist. And, as much as any member of the public would like to argue that such methods, as well as capturing your traffic stop on your cell phone, is for the driver’s safety. Dashboard and body cams are most commonly used to protect officers as well. However, before the invention of these devices, the police officer would instead touch the taillight of the vehicle they had just pulled over.

According to Mental Floss, this procedure dates back to a time when police officers didn’t have fancy video recording equipment to capture what happened during a traffic stop. The cop would simply walk past the taillight and tap his thumb or fingerprint on the car’s tail light to leave a breadcrumb or a trace of identification in case they were to be identified. If this did happen, the fingerprint might be used to find a lost police officer or at the very least put together what occurred in the event of a fight.

The reason you probably were pulled over might be because you were driving with a single headlight yet, you still notice that the officer touched your tail light before approaching you at the driver’s side. Well, if you are curious as to why that happened here are some explanations.

A police officer’s fingerprints and DNA are left behind when he/she touches the tail light or bumper. This provides crucial evidence, allowing police to locate the car and its driver if you attempt to escape. The physical link between the car and the police officer is created by tapping the tail light. This is particularly true if the officer is assaulted or wounded during a routine traffic stop.

So, what’s the deal with the tail light? Why not use the trunk, which is much larger and more accessible? The police officer is held to the side of the car rather than directly behind it by tapping the tail light. Should the driver begin to back up, this keeps him out of harm’s way. Approaching from the side gives an officer the best view of the driver’s lap area and the back seat, allowing them to determine if any weapons are visible. This is particularly true for one-officer patrol units, where there is no second officer to keep an eye on the vehicle’s occupants.

After being pulled over, it’s not uncommon for people to try to conceal illicit drugs or guns. Using the back of a car to confuse suspects and keep them from hiding anything is a smart idea. A police officer can search your vehicle only when he finds suspicious things in plain sight. The police will seize the objects and conduct a more extensive search if the officer distracts you before you have time to stash them. When tail light tapping tactics are used, police record a rise in arrest rates for drunk drivers, those found in possession of controlled drugs, and those found in possession of unlicensed weapons.

A police officer may also simply tap your tail light out of habit, especially if he’s been on the force for a long time. Most city streets have traffic cameras, and most police vehicles now have cameras and other technology that can prove that a police officer was present at the time of the incident. Touching the tail light is now a redundant and unnecessary measure. There is a claim that tapping the car reveals the police officer’s location concerning the vehicle, making him more vulnerable to attack. Some police forces are also banning officers from clicking their tail lights.

The risks of this approach are currently believed to outweigh the benefits. Touching a taillight is a waste of time for police, because it may also reveal their location, making them more vulnerable to criminal activity. And, with dash cameras now standard in most police vehicles, fingerprinting each incident isn’t as important as it once was. For these purposes, certain police departments have begun to prohibit tail light clicking. However, as a driver, you should always ensure your lights properly Illuminate the road to avoid getting a ticket. To do that, use a restoration wipe to clean both your taillights and your headlights.