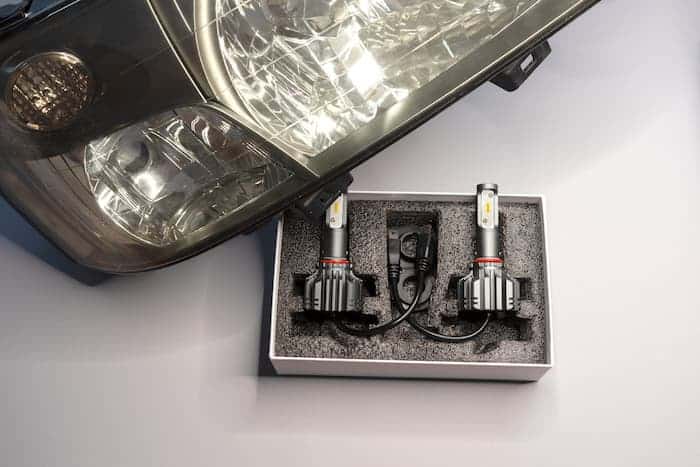 Why are LED headlights legal

Why are LED headlights Legal? Such an odd question for a tech that increases our visibility by over 200% compared to Halogen Bulbs! But then, I get why it’s being asked; especially from people who wish to upgrade their car headlights from HID or Halogen to LED. I mean, if your car comes with a High intensity discharge (HID) or Halogen bulb and someone suggests you replace them with LED bulbs. What would be your reaction? I am sure you would want to know why and probably ask if upgrading to LED headlights are Legal in the first place. However, it all depends on the state in which you live.

Headlight laws differ from state to state in the United States. Although the laws and regulations are nearly identical in every state, they differ slightly. To be on the safe side, make sure you’re familiar with your state’s laws regarding LED headlights and other aftermarket lighting. LED headlights are usually considered road acceptable if they project a beam that allows you to see 50 to 100 meters ahead of you. It must be bright enough to be seen clearly when driving, but not so bright that it dazzles other drivers on the road.

LED headlights have an ever-increasing repute and popularity all around the world. The legality of these bulbs, on the other hand, is debatable. If you currently have a halogen bulb and want to change to an LED headlight kit, you must follow the rules and regulations in each state and country. On the road, it will not be regarded as legal. Because you’re plainly upgrading from halogen to LED technology, it may be considered a headlamp modification.

However, if you are serious about upgrading your LED headlights for off-road use, you have the option of purchasing and installing any of the high-quality LED lights of your choosing.

Firstly, the first rule of driving at night should be; to be clearly seen, visible or focused on the road 50 to 100 meters ahead of you while issuing LED headlights. As a result, your light should not be so bright that it blinds other oncoming cars, but it should be bright enough to see what you need to see. Vehicles appear to expect high-intensity beams of light from headlights, which can confuse and disorient oncoming drivers and pedestrians on the road, resulting in dangerous accidents. As a result, the laws governing headlamp intensity are rather accurate. To avoid momentary blindness, drivers should reduce their headlights when an approaching car is roughly 500 feet away.

Second, the brightness of headlights is a crucial concern for safe driving on the road. Although as we’ve noticed, sometimes dirty, oxidized, or foggy headlights might dim the beam from your LED headlights. But that doesn’t make it less bright. All you have to do is to clean your headlight lenses using a restoration wipe or have it replaced. The primary purpose of having a bright headlight is to illuminate the road ahead of the car during the night, as well as in low visibility situations such as extreme weather, rain, and fog, which is beneficial to your safety. However, according to Department of Transportation regulations, blinding individuals with your headlights is a serious infraction. This law differs from country to country and even state to state. As a result, double-check the brightness requirements.

Finally, there are some restrictions on the color of headlights. According to the Department of Transportation (DOT) requirements for LED lighting, your LED headlights must be white or yellow, regardless of where you live. If any driver intends to install dark blue colors, they are breaking the law and breaking the Department of Transportation’s rules. Furthermore, in light of the foregoing considerations, it should be noted that while bright lights make you feel comfortable, they shouldn’t be bright enough to be a nuisance to others and make them uncomfortable.

The DOT requirements focus mostly on headlights, with LEDs being no exception. Other restrictions concerning headlights exist, depending on where you live or where you work, and various organizations have proposed revisions to such regulations. Without going into too much detail, organizations like the Society of Automotive Engineers and rules like the Federal Motor Vehicle Safety Standards can lead the way in changing headlight regulations and standards.

The use of LED headlights is totally legal. According to the review, there are various misunderstandings about addressing the issue of its legality. Actually, the fundamental issue is that incorrect fitting or manufacturing methods may fail to meet the laws’ requirements. It is critical to note that as long as they are modified, developed, produced, and installed correctly, and as long as they conform to the standards, they are perfectly safe to drive.