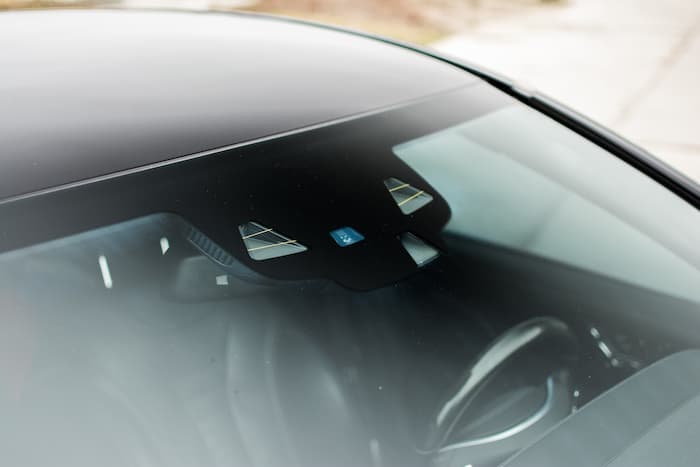 Where is the automatic headlight sensor located

Car headlights were built to illuminate straight ahead of the driver and engineered to be manually turned on and off as well as the use of the high-beam headlamps. As automobile technology continues to advance, car manufacturers added sensors to automate the adjustment of car headlights from low to high beams when they sense approaching traffic. In addition to the breakthrough in car lightning, bendable car headlights were also invented to automatically illuminate around sharp bends when a car driver is turning.

Of course, none of these concepts are original. In the early 1950s, General Motors began selling automatic high-beam headlights under the name Autronic Eye. Even earlier, a few vehicles, like the experimental and tragic Tucker, had headlights that turned when turning. But in addition to being much more widespread, these contemporary systems also rely on much more advanced technology.

Nowadays, when the switch is set to “auto” and it gets dark enough to need them, the automatic headlamps turn on. They make use of a photoelectric sensor, which is typically installed on the dash top or on the windshield close to the rear-view mirror. You could be advised not to place objects, such as papers, on the dash in the owner’s handbook of some automobiles. This is so that the lights won’t operate, and the sensor won’t be blocked. While some automated headlights let drivers adjust the light sensitivity to control how dark it must be before they turn on, most automatic headlights are pre-set by the manufacturer. When it’s relatively bright outside but you still need to have your lights on, such as when it’s raining, remember to manually turn them on. Even while your daytime running lights will be on, not many of them will also shine a light on your back lights, which other drivers will need to see you in the rain or snow. Front and back illumination will soon be required by law, but it won’t be for a few more years.

The importance of an automatic headlight sensor

Autonomous high-beam headlights assist in resolving two problems. To prevent blinding the occupants of approaching automobiles, they turned off the brighter lights as needed. At the same time, because they activate the high beams when the road in front of them is dark, they can assist drivers who don’t always remember to turn them on, even though doing so will result in greater lighting. The system can be chosen by the driver, just like automated headlights. Most frequently, the driver turns on the automatic function by pressing a second button while leaving the high-beam switch on all the time. A forward-facing camera, often installed in or next to the rear-view mirror, is used by the system. The camera picks up on lights, including approaching headlights, the taillights of vehicles in front of you, as well as streetlights or other sources of illumination that signal, you’re in a city and don’t need high beams. The technology cuts off the high-beam headlights when it notices other lights, then turns them back on when the other light is no longer there.

This automatic headlight system is primarily used for driving on rural or poorly lit highways where people frequently “overdrive” their headlights by moving too quickly for the distance their low-beams illuminate in front of them, making it impossible for them to stop in time if something outside of their illuminated field of vision—such as an animal—is on the road. Adaptive headlights, which swivel from side to side or up and down to adjust for curves or elevation changes, operate on a similar principle. Without adaptive headlights, it takes turning a corner and returning to a straight path before the road ahead is fully lit. You have a better view of what’s ahead and can spot problems, such as a stalled car or someone attempting to cross the road, before standard headlights would have shown them because adaptive headlights swivel in the direction you’re turning. The few older vehicles with swivelling headlamps turned them mechanically by connecting to the steering gear. They are propelled by tiny electric motors on modern automobiles, which respond to data from sensors that measure the speed of the moving vehicle and the amount of steering wheel rotation. Some cars may activate their supplemental cornering lights to provide additional lighting for the side of the road. The motors may also adjust the lights up or down to maintain level beams in response to sensors that detect whether the vehicle is moving up an incline or into a dip.

Of course, technology is constantly evolving, and one of the objectives with lighting is to minimize the number of moving parts. Due to North American lighting rules, Audi has computer-controlled LED headlights that can selectively turn off a portion of the lights while still providing the driver with the benefit of high-beam headlights that aren’t in the path of other cars. The headlights of other competitors are also getting better. Hyundai is developing horizontal beam-shaped pixels for adaptable lighting that can be lightened or darkened in parts to simulate the “bending” of adaptive headlights without moving the lamps themselves. And even when automobiles can drive themselves, these advancements will be crucial. They must be visible to pedestrians even if they employ beacons and sensors and cannot see one another. Headlights are still in use, high-tech or not.

how to find the automatic headlight sensor located

A photoelectric sensor that is built into the instrument panel turns on the automated headlights. The sensor is typically installed on the dash top or on the windshield close to the rear-view mirror or hidden by the defogger grill at the bottom of the windshield. Either the driver or the car manufacturer sets the sensor’s sensitivity.