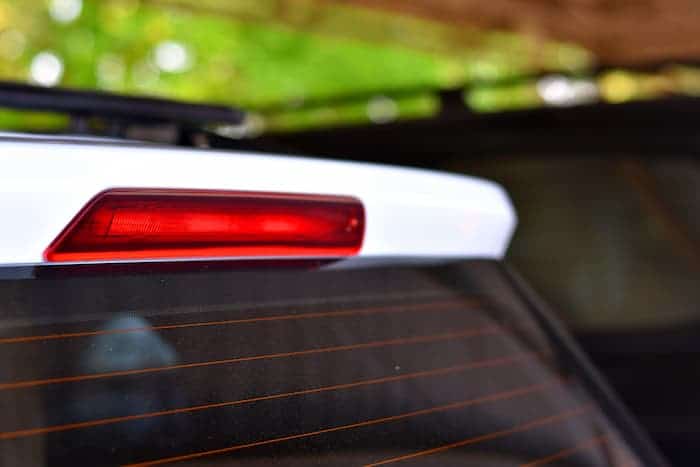 When did the third brake light become law

A third brake light on vehicles protects people, assets, and cash. A driver’s attention is divided between flashing lights, honking horns, wandering pedestrians, and fighting children in the backseat, which is one of reasons car accidents are so frequent. Dr. John Voevodsky, a psychologist, tested a modest, low-cost device in 1974 that would eventually make American highways significantly safer. The device was a third brake light that was in the base of the rear windshields. When drivers applied the brakes, a triangle of light signaled to oncoming traffic to slow down.

More than 3,300 people were killed and 421,000 were injured because of distracted driving in 2012, according to U.S. government statistics. A third brake light gives distracted drivers an additional signal, and studies show that it reduces the number of accidents.

After expanding Voevodsky’s experiment, the National Highway Traffic Safety Administration (NHTSA) concluded that “centre high mounted stop lamps,” as the government refers to them, lessen accidents and injuries. As a result, the NHTSA started mandating third brake lights on all new vehicles in 1986. In 1994, the organization expanded that mandate to include all brand-new light trucks.

When the NHTSA mapped police-reported crash data from eight states, they discovered that the third brake lights reduced rear impacts by 4.3%. This means that since the third brake lights became standard equipment, there have been approximately 200,000 fewer crashes, 60,000 fewer accidents, and more than $600 million in property damage saved per year—not to mention lives saved. However, this is less striking than the original findings.

Recent studies have focused on the possibility that modern light-emitting diode (LED) brake lights may be superior to older incandescent bulbs at reducing the risk of rear-end collisions. According to preliminary data, LED lights could lessen collisions.

The third brake light is typically positioned above and in the middle of the two standard brake lights that flank the car. In contrast to using only two lights, adding a third one allows drivers who are following the vehicle to be seen, hastening the reaction time to use the brakes.

According to federal regulation, every car must be equipped with a third brake light. To avoid distracting drivers behind the car, the third light must also be like the other brake lights on the vehicle.

Beginning on Monday, the newest safety regulatory mark must be visible on every new car produced for sale in the US: Federal regulations now require high-mounted brake lights to be standard equipment. Despite putting a strong emphasis on deregulation, the Reagan Administration established the mandate for the new brake light, which mostly applies to cars from 1986, and it was universally accepted by auto manufacturers. The requirement reflects the ongoing contribution of safety authorities to the design of automobiles. The installation of air bags or automatic seat-belt systems was the subject of a contentious ruling last year, and research is ongoing on how to design automobiles to provide more protection in side-impact collisions.

According to a federal auto safety authority, installing a third brake light on a vehicle so it is visible to the driver of the vehicle behind it is “minimal cost and has many benefits.” According to Darwin Allen, a spokesman for General Motors, the red-lens light is often located on the back of the rear seat, on what was formerly known as the package shelf and extending to the rear windshield. We no longer refer to it as that since placing packages there is dangerous because they might be flung forward in an accident and harm the car’s occupants.

Elizabeth Hanford Dole, the secretary of transportation, came up with a plan that includes an escape hatch for the industry after the Supreme Court ruled that the Department of Transportation had arbitrarily rescinded a standard requiring air bags or belt systems that automatically wrap around the driver and outermost front seat passenger. Air bags, automated seat belts, or other interior crash-resistant components must be used for an automobile to pass frontal crash tests at 30 mph under this criterion. Until Sept. 1, 1989, when all newly constructed automobiles must conform, it would be phased in, starting with at least 10% of the cars created as of Sept. 1, 1986. If obligatory belt use laws are enacted by states with two-thirds of the population by April 1, 1989, the requirement will be repealed. Belt-use laws are present in 14 states, which account for 40% of the total population.

On July 11, 1984, the day the regulation was issued, a lawsuit was brought against the Department of Transportation on behalf of four insurance providers and industry associations. A federal norm cannot be dependent on state actions, according to the lawsuit. The U.S. Court of Appeals in Washington has yet to render a decision. A. B. Shuman, a spokesman for Mercedes-distribution Benz’s division, has stated that all 1986 vehicles will come standard with air bags for the driver. On some 1985 Mercedes-Benz vehicles, it is a $880 option; on others, it is standard. Ford Motor is thinking about adding air bags as an option to Tempos built in 1986 at some point in the year. According to Robert LeFevre, manager of GM’s safety standards, neither air bags nor automated belts are planned for the 1986 model year by the country’s largest automaker.

The NHTSA is still debating whether to upgrade its standard for occupant safety in side-impact collisions, which the agency has recently designated as a high priority. According to estimates, these collisions result in 8,000 fatalities annually. An official from the federal government who agreed to be interviewed only if his identity was withheld remarked, “The current standard could be improved.” But no consensus has been achieved regarding the requirements of a new standard or the kind of test that would be sufficient to determine compliance.