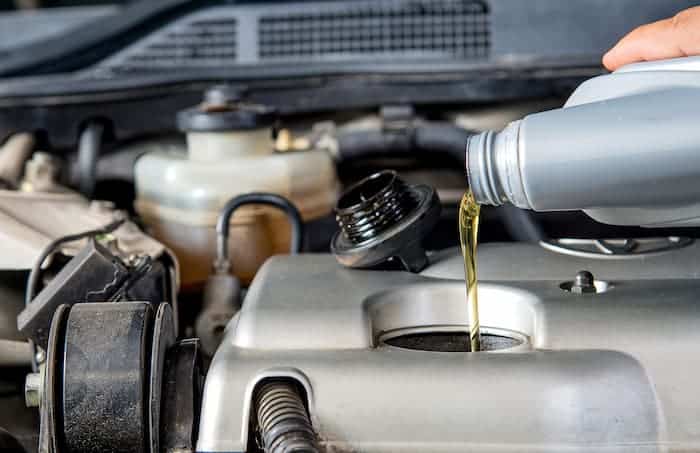 While some people would classify a car as part of a liability, I am sure you as a car owner must have at one point search for car maintenance tips that will save you money. The good news is that today’s vehicles are the best they’ve ever been with so many parts that can be DIY improved. Still, they aren’t maintenance-free wonder machines. One thing a car requires is regular maintenance. Without that, its lifespan could be shortened in half.

With the six different fluids in an automobile requiring the most care. Fluids affect nearly every aspect of your vehicle, including its fuel economy and durability. Maintaining them at the correct levels would make your car last longer and perform better, which is something we can all appreciate.

Most car owners are aware that disregarding fluid levels and fluid-change cycles almost always means a mechanical failure and shortened vehicle life in the not-too-distant future. The two fluids that most car owners think about, hear about, and check the most are engine oil and coolant. Many drivers, however, neglect several other fluids that are just as important to a vehicle’s operation and durability. Here, we’ll go over some of the lesser-known fluids and how to check them;

The different type of car fluids

Engine oil is the most critical fluid in your car after petrol (unless you have a fancy EV). Engine oil keeps things running smoothly as engine components spin thousands of times a minute. Cars have dipsticks in the engine bay that helps you to check the oil easily. Check your engine oil after your engine has been switched off for at least 10 minutes, allowing the oil to settle to the bottom and cool. To begin, remove the dipstick and clean it with a towel or rag. After that, re-insert it and take it out. The maximum and minimum indicators on the dipstick indicate how much oil is in your engine.

It’s one thing to have enough engine oil, but it’s another to have it in good shape. Using your fingers, smear the oil on the dipstick. If you detect any particles or grittiness, components are most likely wearing down, which is a big problem. Examine the oil’s colour as well. You’re good to go, whether it’s yellow or amber in colour. It’s time for an oil change, whether it’s a darker coffee colour or black, and if it’s a milky colour, coolant is leaking into the engine.

An engine generates a lot of heat due to the combustion and friction that occurs. Coolant (also known as antifreeze) absorbs engine heat and dissipates it via the radiator, keeping everything cool. Overheating is avoided by maintaining the proper coolant level. You just need to check this fluid every 50,000 miles or so, but knowing how to top it off in the event of a leak or other problem is critical. When checking your coolant, never do so while the engine is hot. Coolant that is sprayed under pressure can cause burns. Until testing the coolant, make sure the engine is thoroughly cool.

The method for testing coolant varies from vehicle to vehicle. Check the coolant level in your car’s coolant expansion tank to see if it’s between the minimum and maximum markers. If it doesn’t, check to see if the coolant is all the way to the top by opening the radiator cover. Make sure the coolant is approved for your vehicle before adding it, and allow the radiator for some minutes to “burp” out any trapped air bubbles before replacing the cap.

If you’ve ever driven a classic car, you’ve probably noticed how heavy the steering is. Imagine attempting to parallel park. Modern vehicles have power steering to make manoeuvring at any speed more effortless, and many power steering systems are hydraulic, thereby using pressurized fluid to make wheel turning effortless (though some newer models now rely on electric steering). While there is no fixed time for replacing power steering fluid, you should be aware of how to do so.

Look for a dipstick or reservoir in the engine bay, much as you would for other fluids. The procedure is similar in that you can remove the dipstick or inspect the reservoir markings. If the fluid level is insufficient, simply top it up, but be sure to use the form recommended for your vehicle to avoid injury. If you’re constantly adding oil, there’s probably a leak, and if it’s not fixed, the car will become increasingly difficult to steer.

The significance of your car’s braking is self-evident. Hydraulic brakes are used in modern vehicles, which means that a fluid attaches the brake pedal to the brakes themselves. When you match down on the brake pedal, a plunger pressurizes the brake fluid within the lines, causing the brake pads to clamp down on the rotors and slow the vehicle. It’s supposed to happen immediately, so if there’s any pause or an odd feel to your brake pedal, start with the fluid.

Brake fluid may become polluted with water over time, causing brake lines to rust. Leaks may also grow, resulting in a spongy pedal feel or inconsistent brake efficiency. In the engine bay of most vehicles, there is a brake fluid tank, and testing it is as easy as looking at the level and colour. Make sure the level is between the minimum and maximum indicators, just as for other fluids. If it’s below the minimum, add more, but make sure it’s the right kind for your vehicle. There are several types of brake fluid, each with its own distinct colour, but they should all be transparent, not cloudy or dark. Replace the brake fluid if you can’t see through it. In the same vein, ensure you clean your break lights so that other road users can be aware when you are slowing down.

Transmission fluid plays the same function as engine oil in that it lubricates and cools the internal components of your transmission. Gears, clutches (even in automatics), and valves all have to switch seamlessly in order to provide seamless changes. Although many transmissions come with “lifetime” fluid that should never need replacing, bad transmission fluid can cause difficult driving by causing rough shifting, odd noises, and uncontrollable surging.

Check the fluid first if you’re having transmission problems. Some cars have a dipstick, while others need the assistance of a skilled mechanic to check the fluid level. If your vehicle has a dipstick, use it to follow the same steps as above, but make sure the engine is running and the transmission is in Park or Neutral to get an accurate reading. Examine the fluid level as well as the state of the fluid. It should have an amber or red colour and a smooth texture. Whether it’s dim, cloudy, or gritty, it’s a warning that there’s an issue that needs to be looked into, just as with other fluids. If your vehicle has one, pour the transmission fluid into the fill tube. Shift the gear lever through the gears with your foot on the brake after testing the fluid level on the dipstick to help the new fluid flow through the transmission. Transmissions are complicated pieces of machinery, so if you’re still having issues, it’s best to seek professional help.

Although windshield washer fluid has no impact on your car’s efficiency, ensuring you have water in its tank helps when preparing your car for the summer.  After all, you won’t get very far if you can’t see where you’re going.

Fortunately, it’s the simplest fluid to keep up with. It’s inexpensive to purchase jugs of it at gas stations or auto supply stores (or make your own). Simply pour the fluid into the tank until it is entirely full, close the bottle, and go.

Your car’s primary fluid is gasoline, but don’t overlook the other fluids. Create a plan so you don’t forget to change your oil, and be on the lookout for odd sounds, odours, or vibrations. These fluids might not be as effective as a full tank of gas in stopping you, but they are just as critical in keeping your car in good working order.

Changing Fluids regularly just like restoring car headlights are the lifeblood of a car, and your vehicle is a valuable asset. One of the most common ways to protect your vehicle and ensure miles and years of trouble-free driving is to preserve fluid levels.