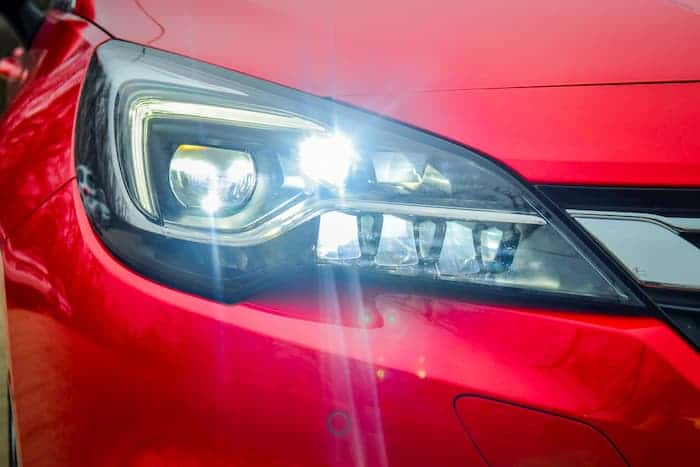 More than 50% of car crashes happen at night especially in the US, and most of them have something to do with the brightness of the headlights in cars. It has been a dragging debate, one filed with lobbying, pleading, and petitioning the legislators to sign off on a new technology in cars that would well reshape the safety and regulations of the state as regards car headlights, and ultimately, safety of the US road users.

When it comes to car headlights in the United States, regulations are put in place to ensure proper use of them by cars as well as other vehicles, sadly most common cars fall short of the headlight safety standard and measures set up by the Federal Government, IIHS, and NHTSA.

To put it in perspective, most of the older model cars have either incredibly dim headlights that need restoration or ones that are too bright. The repercussions are that in the case of the former, it puts the driver at risk as they do not get the best and brightest view of the roads especially at night, also, they put oncoming vehicles in danger. The latter on the other hand (when the headlights are too bright) can obstruct the sights of oncoming drivers and triple the chances of accident risk. This is essentially what the headlight safety standards were created to address and to also sensitive motorists on how to avoid bright blinding headlights.

Fortunately, in 2018, the NHTSA proudly announced that there would be a turn of events when it comes to headlights and safety regulations. Now, the agency has imposed on new cars something called the ‘’adaptive driving beam.”

Contents hide
1. Adaptive headlights – what is it?
2. The importance of adaptive self-dimming beam
3. Final thoughts

Adaptive headlights – what is it?

The meaning is self-explanatory – basically headlights that brighten and dim on its own accord. By default however, it has a high beam reflection on the roads, meaning the lights may be very bright, however, a fundamental new effect it has is that on detection of oncoming vehicles, it self-dims as a result of its powerful sensors that can pick up an oncoming car from afar.

In plain words, this new feature in car headlights would create a win-win situation for both drivers and the oncoming vehicles by increasing visibility for the later, but still keeping oncoming vehicles safe by dimming when it’s sensors sense a vehicle approaching.

On this note, there is no gainsaying that now riders, pedestrians, drivers and even lowly pedestrians are safer on American roads, thanks to the new initiative of the NHTSA to further the headlight safety regulations. The question therefore now remains in some minds; why the sudden gigantic step in headlight regulations by the state? Why now? Well, the answer is simple – prior to this new ‘decree’. Most of the vehicles in production – the 2018, 2019 models didn’t at all meet up to the standards set up by the state on headlight regulations. Also, there were newer cases of road accidents and casualties on American roads, there was a serious need for change, thus the announcement made by the NHTSA.

The importance of adaptive self-dimming beam

Understandably however, a lot of car manufacturers that already had this technology in stock; Audi and Toyota inclusive have been pleading with the NHTSA to permit this technology in the US. Finally, in 2015, when these smart headlights were looked into, the NHTSA admitted that it may indeed be a safer and more effective method and way to keep US roads safe and it’ll prove incredibly beneficial.

Before all of these, the US counterpart countries especially in Europe already had this technology cruising their streets, it was already so common that it was available in cheaper cars. These may have factored into some of the reasons why the US finally allowed these cars into the country.

Furthermore, there are several more deeper reasons why these ‘smart headlights’ are truly useful and beneficial, but before we understand these reasons, it would be pertinent to actually understand how these headlights work and the best headlight restoration kit to use on them.

Initially, the former headlights in older model cars throw off light indiscriminately which may disrupt oncoming vehicles that are not far enough to stop, but with the new ADB system (Adaptive Driving Beam) when a car picks up in its camera sensors that there is an oncoming vehicle, it doesn’t turn off its light, but it casts it only on the side of the road where there is no car, providing a perfect solution and staying in regulations of the state as regards car headlights.

Another question springs to mind here: what exactly took the NHTSA so long to allow these headlights to be used in the US?

Well, as of 2013, the benefits of LED headlights came into the notice of the NHTSA by the cars who already had the technology – Audi, Toyota etc., the agency didn’t sign off on it. One would imagine that the NHTSA would jump at any opportunity to make US roads safer, but surprisingly, even though the technology passed all the tests, the agency still refused to permit it.

However, this isn’t to say that the NHTSA did not have the American’s interest at heart, it only didn’t have to make more important decisions on more important things at the time. They announced that even though they admit that this technology is great, with the budget cuts and the recession that was sweeping over the country, fancy headlights were not the legislator’s priority at the time.

Thankfully, these headlights are now available in US cars and are now the new rave. Despite all, anyone would agree that indeed, it is a safer, more efficient way to go when it comes to reducing accident risks and protecting other road users like cyclists, pedestrians etc.

In the end, one cannot put a price on the safety and protection of the average American citizen, therefore it is with both arms that this new technology is welcomed. Of course, it may put a few extra bucks into the pockets of some select few car manufacturers, but who cares? They get the job done, and that’s all that matters.