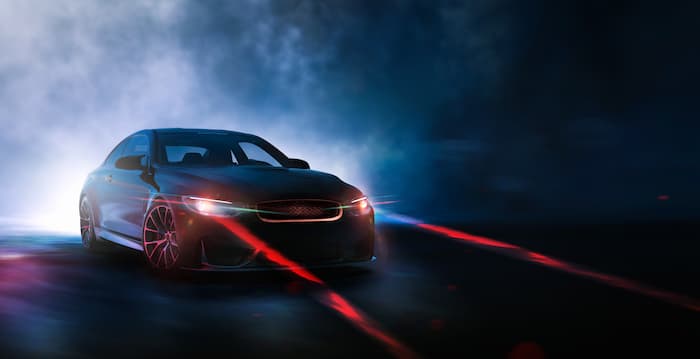 Only until recently, we all thought the LED headlight lighting system was the only way forward for exterior car plastic headlights. I did too – I mean who wouldn’t, the LED bulb is undoubtedly bright and consumes lesser energy. But as cars and car’s lighting systems move towards more advance and powerful innovative semi-autonomous systems, which doesn’t only base its decision-making on seamless cloud computing but also on enhanced vision through powerful sensors and advanced cameras for improved driving experience, the automotive lighting industry has once again recorded an innovative breakthrough with the introduction of the new “Laser Beam.”

Yes, you heard me; Laser beam! Founded by the award Nobel Prize winner – Shuji Nakamura, he spent the last 8 years developing the laser-based headlight lighting beam. According to his company, SLD laser, they claim the laser headlight is 10 times brighter than the LED and HID headlights and is capable of illuminating the road and objects about a kilometer away while utilizing far less energy than any current technology. In the same vein, they claim that unlike any stock headlight in the market, the laser beam can be easily integrated with any car’s current or future driver assistant system.

Now, one obvious question people ask when they hear about the laser beam – which you probably might have is “since the laser headlight beams are 10 times brighter than the LED bulbs whereas, we have seen cases where other motorists and road users complain of the bright blinding beam caused by LED, won’t the laser beam be far worst?” To address such a question, let us take a close look at the laser car headlights, the advantages, and the disadvantage.

What are laser car headlights?

Unlike the traditional laser which emits light through a process known as optical amplification – hinged on the stimulated emission of electromagnetic radiation, the laser car headlights are different and are innovative lights that release high intense beam when glowing brightly after activating a certain type of gas. They are relatively smaller than the regular sized bulb thus, paving way for the possibility of manufacturing cars with smaller but yet, very effective headlights in the future.

How do laser headlights work?

If you are worried whether or not the laser headlight is able to blind an oncoming vehicle or anyone who stares directly at it, then you shouldn’t! The reason is that; you aren’t looking at an actual laser when you stare directly at the laser headlight. To put it mildly, the laser headlight assembly has three laser diodes situated at the rear of your vehicle’s headlight with mirrors surrounding its back. Now, these laser diodes shoot lights directly at the mirrors which are guided through a prism and forged into a single beam. The single concentrated beam is then focused by the mirror through a specialized lens filled with yellow phosphorus. The yellow phosphorus is then charged by the concentrated blue laser beam which then yields a diffused powerful bright white light that’s bounced forward ahead of the vehicle through a lens and that’s very safe for the human eyes.

What are the advantages and disadvantages of laser headlights?

With the release of the BMW i8 and the Audi R8 LMX in 2014 as the first car series production with the laser headlight, a lot of advantages were recorded with the new laser headlights as compared to LED headlights – thus, proving that the impacts of installing an advance headlight system cannot be overemphasized.

The disadvantage, however, can be found in terms of its system of operation. Unlike the LED headlights which can be used to supply both high and low beams as well as fog lights, laser headlights are yet to be configured for such multitasking and could be paired with LED for that purpose. Another disadvantage would be the price as it’s said that they are more expensive than LED headlights.

While exact figures have not been pinned down for the purchase of this advanced system, it is because it’s not yet on every market in the world and hasn’t been configured to be compatible as replacement headlights and regulated to meet the headlight standard of most countries.

How available are the laser car headlights?

Although the BMW and the Audi automobile company are the first to market with the laser headlight on the BMW i8, BMW 7 series, and the Audi R8 LMX, the lights are still quite limited in availability as they are still an emerging technology especially in the US market. While SLD seeks to influence the U.S. regulators to make amendments to its automotive lighting standards, they have come up with something of a workaround for the home market. “We are developing what we call a high-beam boost, where laser lights can be added to the current high-beam headlights in a car,” Shuji Nakamura said.

With such innovation which is still four times brighter than the regular LED headlight after toning the laser for the U.S. market, I believe it’s only a matter of time before the lights are featured on every emerging vehicle with replacements for DIY enthusiasts who would like to try out a laser headlight conversion.

With car brands like BMW and Audi pushing the limit of car lighting with laser headlights for optimum road visibility and safer driving at night, the new laser headlights are certainly the future of the automotive industry as far as car headlight beam and illumination is concerned. While we wait to see when this advanced lighting system would become a standard-issue on newly built cars or for customization, there is bound to be additional improvements and development along the way that would conquer the lighting market for good and still give room for restoration from car headlight oxidation using headlight restoration kits.