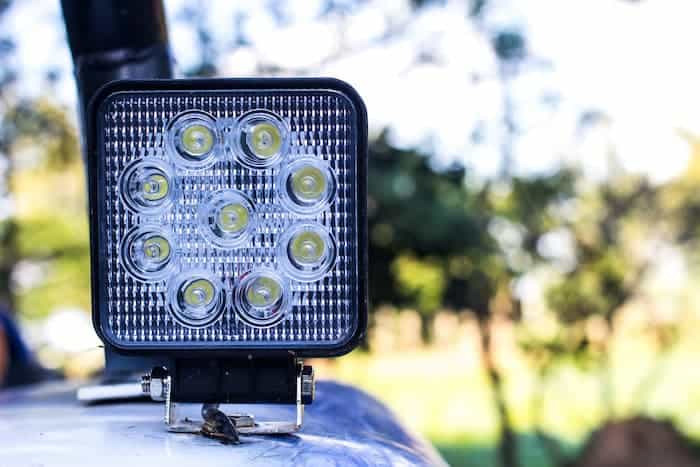 How to install LED Pods in headlights

Ever since its invention in October 1962, Light-emitting diodes also known as LED lights have become popular in a variety of applications, including in traffic lights, digital clocks, computers, televisions, and now, in car headlights. As automobile lighting began to advance, the usage of LED bulbs in cars became even more common and can be found in car brake lights, headlights, fog lights, back lights, and interior lights.

So, if you are planning on replacing your old headlight bulbs with LEDs or installing LED pods in your car’s headlights, here are a few things you should probably be aware of before making the shift. Like all the types of LED light bulbs invented, LED headlights are known to be remarkably energy efficient. Although most modern cars, if not all; are designed to function just fine with high intensity discharge bulbs (HID) or Halogen, installing a LED pod on your headlights can give a remarkable appearance to your car’s exterior at night, and would illuminate the road brighter without draining your car’s battery.

While most LED headlight bulbs are not legal, they are designed with an advanced technology that makes them safer to use without dazzling oncoming traffic. This improvement has paved the way for LEDs in the headlight market. Thus, making them the most sought-after type of headlight bulb even for interior lighting. However, it’s worth noting that many LED headlight bulbs will require a CANbus control unit to help them work correctly.

Contents hide
1. Can you drive with LED pods on headlights
2. 5 Steps to installing LED pods on your headlight
3. Conclusion

Can you drive with LED pods on headlights

LED headlights are great but LED light pods are even brighter. They are a great way of adding additional fog, DRL, Spot, and driving lights to your work truck or personal ride. For motorists who frequently off-road, LED pods provide that extra wide bright light. They are easily mounted on jeeps, boats, trucks, motorcycles, or other vehicles with ease. LED pods unlike LED bars are smaller, between 2 to 8 inches, and allow for a more customizable setup. While these lights are great for driving off-road, they are pretty illegal and dangerous to use on public roads. So, confirm with your state’s headlight laws before use.

5 Steps to installing LED pods on your headlight

For those looking to install a LED Pod on their headlight regardless of what the law says…probably for off-road use, LED pods make you stand out and give you that freedom of mounting them wherever you want to rather than having a kit.

Tape the entire area where you would want the LED pod light to be mounted. Get the outer brackets and draw where you need to cut out for the installation.

Using an angle grinder, cut out the hole of the marked area. Then, use a drill and make holes for where the LED pod lights to be screwed on.

Insert your new LED pod lights and screw it in tightly to the body of your truck or car front grill or bumper.

Now that your LED pods are mounted firmly at your desired location, the wiring would depend on how you want its functionality to be like. For example, For headlights, tap the wires to the existing headlamp positive and negative connections.

Whether you choose to install LED bar or LED pod headlights, knowing how to maintain them is key to determining how long they will last. To protect your car LED lights from oxidation, discoloration, and fogginess, make use of a headlight restoration kit to wipe your headlight lenses regularly.