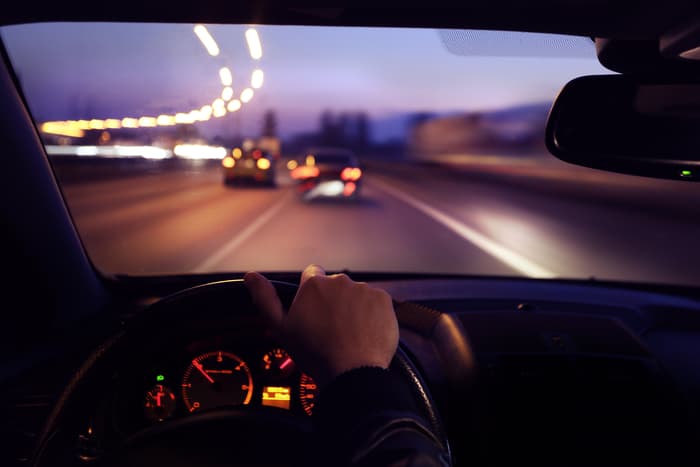 As early as four to six years, headlights begin to show signs of deterioration by becoming foggy or yellowed. Since headlights are not like the car tires that we gauge often, we usually don’t consider how dangerous it is to drive with cloudy headlights. According to the Automotive Aftermarket Industry Association (AAIA), 26 percent of the car crashes that happened at night were a result of a bad lightning system.

Poor nighttime visibility caused by a bad lightning system is as a result of foggy and cloudy headlights. Although a large proportion of nighttime crashes are single-vehicle, and run-off-the-road crashes, the dangers of driving with cloudy headlights cannot be overemphasized.

Consequences of Driving with Cloudy Headlights

The headlights on your vehicle are critical for not only your visibility but to also alert other oncoming drivers of the position of your car. Even though most recent vehicles are equipped with sensors that alert car owners when a light replacement is needed, car headlights will still become foggy and may burn out while on motion.

When it occurs, it’s important to realize that it’s not safe to drive especially at night with a cloudy headlight. Driving with cloudy headlight significantly reduces your visibility which impairs your ability to fully see the road; this can become especially dangerous if you encounter unexpected obstacles.

Most states in the United States of America have guidelines that mandate drivers to use their headlights from dusk to dawn.

Furthermore, it’s also a law that every vehicle aside from bikes should have two headlights. However, if you have a broken or worn out headlight, you will likely get pulled over.

If the headlight went bad while on motion or you had no idea it was cloudy or burn out, the officer may let you off with a straightforward notification to fix your cloudy headlight with a little fine.

But, if you have been driving with a cloudy headlight for an extended period without trying to fix it, you can be given both a notification to fix it and to appear in court.

This implies that in addition to correcting the violation, you will pay a bigger fine and the infringement may appear on your record.

Millions of tickets for road safety violations are issued per year in the United States.  The average safety violation fine costs around $150, but in some states, a driver can be fined up to $1,000 or more depending on the state where the offense occurred.

States like Texas, New York, New Jersey, and Michigan have authorized a Driver Responsibility Program that sets up a framework, which assigns points to moving infringement and applies extra charges to wrongdoers, based on the type of offense.

Under some of these laws, drivers may face a separate fee after they are convicted or found responsible for the offense.   Due to the exorbitant fees charged by each state, the traffic ticket system is an industry generating billions of dollars each year.

According to the National Highway Traffic Safety Administration, first-time road safety offenders as a result of over speed, burn out, or cloudy headlamps can be fined up to $1000 at a judge’s discretion in the states of North Carolina, Nevada, Illinois, Georgia, and New Hampshire.

Accidents Caused by improper emission of Light from Car Headlights

Properly maintained and restored headlights help keep pedestrians safe and ultimately reduce the risk of accidents at night. According to USA Today, approximately 2,500 people are tragically killed each year at night when crossing a road. These tragic events are usually associated with poor visibility caused by cloudy or hazy headlights. While some states might classify these accidents as a felony, it is, therefore, your responsibility as a driver to keep your headlights up to standard to avoid being liable in an accident.

With proper car headlights maintenance and care, you will not only reduce the risk of getting a ticket but also increase the chance to save a life.

If you notice that one of your headlights is beginning to fade or dim, best practice suggests that you change your headlights in pairs. This is because there is a high chance that the other is also fading or quickly on its way to becoming hazy.

Yes, you may know that all headlights grow dim over time, but there are times when other headlights may not dim but develop a kind of hazy shine due to the lenses.

The impact on the brightness of your lights can be enormous. The haziness is typically caused by condensation, dirt build-up, or merely old plastic or glass. Even with strong headlights, these types of lenses can cause a perfectly fine headlight to lose its luminous shine. But, with simple kits like a headlight restoration kit, you can easily restore your car headlights to its original state and give your headlight lenses a sparkly appearance.

Visibility is crucial, especially on roads that are prone to deer crashes and roads that are poorly lit. While it’s no new news that more than 40% of car accidents occur at night, it’s extremely important to always check your headlights for signs of deterioration. Now that you have seen how dangerous it is to drive with cloudy headlights, you can choose to restore your car headlights using home products.

One thought on “How Dangerous is Driving Cloudy Headlights”

Sign up for our Newsletter and be the first to know about coupons special promotions and new blog post.