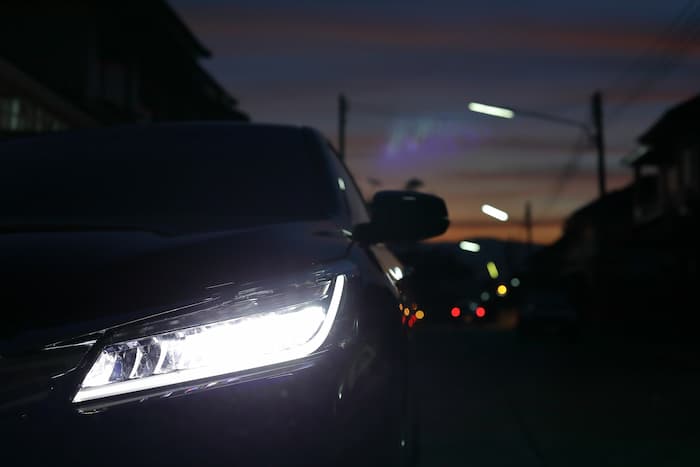 Defensive driving against bright headlight – the dos and don’ts.

Car headlights are becoming too bright and thereby causing drivers to dazzle, run into road culverts, or collide with oncoming traffic. While dazzled drivers complain that the effect from being overly exposed to over-bright headlights is getting worse as 30% of the drivers in their 40s who drive at night are either partially blind or having rapid diminishing eyesight. As a result of that, knowing defensive driving against bright headlights to avoid bright blinding headlights has become very vital for all drivers and in this article, we will show you the Dos and Don’ts for better nighttime driving.

Contents hide
1. What is the concept of headlight dazzle?
2. Causes of bright blinding headlight
3. Are bright headlights illegal?
4. What will I do if I’m dazzled by headlights?
5. Am i the one causing headlight glare myself?

What is the concept of headlight dazzle?

Headlight dazzle occurs when oncoming traffic is blinded by a very bright headlight’s beam. When driving at night, you are most likely to face this distressing and potentially dangerous aspect of driving. According to a recent study, 91 percent of drivers reported that ‘some’ or ‘most’ car headlights are too bright; 54 percent of those in their 40s who said they were dazzled developed eye problems while the number of drivers affected yearly is about 16.1 million.

The blinding impact of bright headlights isn’t just annoying or detrimental to the eyes, it can also be deadly as it causes a driver to lose sight of the road for a brief period. While a lot can happen within the space of losing sight of the road like colliding, ramming, or driving off track, drivers who have learned defensive driving enjoy improved nighttime driving as they can maneuver even after being dazzled.

The potential causes of headlight brightness were less apparent to drivers. Half of those polled (51%) blamed vehicles that sit higher on the lane, such as the increasingly common SUVs, while 41% said the issue is not caused by any car in particular but rather, cars with increased headlight brightness. In the same vein, 8 percent argue that ‘bluer’ xenon or the most recent LED headlight bulbs are to blame.

There is a misconception among some drivers that newer headlights produce more glare. Although a sizable percentage claims that xenon headlights, which are more commonly used in higher-end cars, are to blame, a larger percentage either doesn’t know the difference or isn’t sure. Headlight brightness is a complicated problem because it’s not as simple as saying one form of lightbulb produces more blinding effects than another – there are a variety of explanations why a driver might be dazzled, ranging from a slight misalignment of a car headlight to the difference in various car heights of different vehicle model. That explains why only some car headlights tend to be dazzling.

In addition, said drivers may be unknowingly causing glare in certain cases. For example, by not properly changing between their different headlight modes as stipulated by the U.S. Headlight laws or having uneven headlight bulbs.

You may at one point have asked yourself “why are the headlights of modern cars so bright?” and then after being dazzled, wished they were illegal. Well, sadly bright headlights aren’t illegal but you can be pulled over by an officer if the beams of your headlights are misaligned or uneven.

All headlights must comply with strict international requirements, which motorists might be shocked to learn haven’t been revised since the 1960s and therefore don’t take into account newer technologies such as xenon and LED. And a vast majority of drivers – 84 percent, want these requirements amended to eliminate the risk of glare caused by modern technology.

What will I do if I’m dazzled by headlights?

With bright headlights being legal for obvious reasons which are better visibility, how then do you tackle bright blinding headlights? Since not everyone is familiar with the traffic laws as regard switching from high beam to low beam when oncoming traffic is about 200ft or when at 100ft from behind a vehicle, here are the simple steps to take to avoid being dazzled by bright headlights.

If you wear glasses, visiting your optician is a good first move. A coating can be applied to make it easier to see when confronted with car headlights. Over 25% of dazzled drivers wear such glasses.

If your car has a self-dimming rear-view mirror, you can minimize glare from vehicles behind you by changing your rear-view mirror more often. Over 56% of dazzled drivers do so.

When it’s time to replace your car, look for one with an auto-dimming rear-view mirror and even darkened glass (also known as “sunset glass”). Both can help to reduce the amount of bright light that reaches you.

Am i the one causing headlight glare myself?

There is a saying among motorists that’s, “a good driver drives for himself and other road users.” This saying is true because if every driver becomes cautious of how they drive, then there wouldn’t be any dazzled driver. To help keep yourself in check to enable other motorists to enjoy a smooth drive, follow the following steps:

PrevPreviousLaser headlights
NextAre oxidation from inside the car headlight lens?Next